Personally, I have a laptop, phone and tablet and used to own a desktop PC, until it became pretty antiquated with its 40GB hard drive.

Most people have made the jump from a desktop to a laptop, usually stating their main reason for this as it being easier to move around and more portable etc. This, 9 times out of 10 is absolutely bull. I know that 3 laptops later, my laptop sits at my desk and used to make a rare journey to the kitchen for me to view recipes, since the arrival of my iPad.. old laptop’y stays where is all day long, on my desk plugged into its power supply.

Most people also absolutely obliterate the battery on their machines by constantly keeping them plugged in, this severely screws with your battery, with older machines benefitting more from a complete charge and decharge session as opposed to constant full power and attempted charging the longer you leave it plugged in and the more frequently you do this the more chance you have of your battery holding a pitiful amount of charge (this goes for mobile phones in most cases and tablets too).

Desktop PC’s, a regular in some homes but I’d say a dying breed for most recently, this is why in my opinion, it is the best time to buy one of these beauties. Modern desktop Towers aren’t exactly Towers they are more like bungalows.. Some modern desktop towers are smaller than some early mobile phones! These also pack a serious punch and are usually for more hardcore computer enthusiasts with better performance specs, and usual mobility not being much of a huge concern for somebody who usually gets all their work done in the same place anyway.

Above is an example of a modern tower, in comparison with some older towers the size is massively different. Many modern PC’s also allow you to use your television as an output device meaning that if you are low on space your TV can function as your monitor, and with wireless keyboards and mice its long past the times of having to sit within a specific distance of the tower. 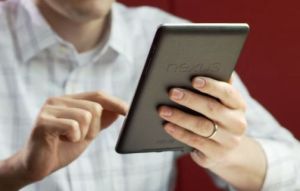 Tablets, now what can we say about Tablets. A new genre if you like has been created, and performs its role extremely well but is it a replacement to any of the above ? As far as im concerned, my tablet bridges the gap between my mobile phone and my laptop. I couldn’t see myself replacing my laptop with a tablet, but it performs a whole other duty to which I dont think you can fully appreciate without having used a tablet for about a month to learn of its uses ! My iPad is used mostly for social networking, internet browsing, emails and games. These are all things that you can do on a laptop but are mostly easier to do on a tablet, and can be done far easier than a laptop as tablets are incredibly more portable than a laptop (especially one that is constantly plugged in)

Laptops are laptops. Most people have a laptop as their main household computer I’d say these days, or most definately the kid of the house has a laptop (god knows what they are doing with it) and they do what they do, and perform it well. Its a screen, keyboard and mouse built into one with all of its components contained, this is why I think they overtook PC’s.. Not the portability factor, but more towards it all being in one contained unit, for one easy transaction and not buying keyboards, mice and monitors separately. In buying a modern laptop, your specs on standard models probably aren’t a kick in the behind away from the specs on a standard PC, but depending on your level of brand loyalty may cost you alot more. Laptops, like PC’s have higher end hardcore models but you would usually find in a battle of the hardcore models, the PC would usually have the lead when it came to specs.

My advice, if you are buying anything is to do your research, and buy based on what you need it for. Its all fair and good saying this PC is the best for hardcore gaming, but if you are somebody who only surfs the web and reads their emails then this is definately not for them. I like to think of myself as a geek but my laptop is no where near what I’d call high spec, the range is almost limitless depending on what you are after. If i was buying again, I’d trade my laptop for a PC and keep my tablet. Tablets perform their own role, as I mentioned earlier, you can’t make a judgement without having the use of one for a week or 2. At first I thought my iPad would sit and be rarely used due a mobile phone and a laptop but it has been more or less stuck to my hand for the past few months, it was something I thought of as an additional extra but now I would find it difficult to live without.

Where do you think tech will go from here ? What else have we left to make !?

What do you use currently ?

Would you buy differently when you came to renewing your tech?

How often do you renew your tech ?

What do you look for most in any of the above ?

News, Sports, Weather, Traffic and the Best of Sacramento

News, Sports, Weather, Traffic and the Best of SF

Thought Catalog is a digital youth culture magazine dedicated to your stories and ideas.

Let us work together in beauty and truth

All In One News

The greatest WordPress.com site in all the land!

Heels In My Backpack

Backpacking For The Most Fabulous of Adventurers

a gluten and dairy free place

Social Media from The Red Head